It appeared that the “Charlie Bit My Finger” video had been removed from YouTube after the meme’s NFT was sold Sunday.

“Charlie Bit My Finger,” the classic 2007 YouTube video regarded as one of the earliest viral videos of the internet, sold as an NFT for $760,999 on Sunday, according to the CharlieBitMe.com auction page.

“Bid to own the soon-to-be-deleted YouTube phenomenon, Charlie Bit My Finger, leaving you as the sole owner of this lovable piece of internet history (while also getting the chance to say Charlie bit your finger, if you want to see what all the hype is about),” the auction details read.

The auction was won by a bidder named 3fmusic, who appeared win a bidding war with another potential buyer, mememaster.

NFTs, or non-fungible tokens, are a kind of certificate of authenticity. The NFT is a string of unique characters. The characters are connected to a blockchain, a group of computers that act as a digital ledger that no one computer can change. The same concept powers cryptocurrencies like Bitcoin, but while bitcoins are all essentially the same, NFTs are non-fungible, or unique.

The “Charlie Bit My Finger” video, which shows Charlie, a baby, biting the finger of his older brother Harry, who cries out the titular phrase, appeared to have been taken down from YouTube as of Monday morning.

Although duplicate videos of “Charlie Bit My Finger” exist on YouTube, auction winner 3fmusic will own the original.

But an NFT is not a copyright, which means 3fmusic can’t prevent the spread or use of the meme, according to Decrypt, a website that covers cryptocurrency. The NFT is more like a digital autograph from the meme creator, Decrypt reported, certifying authenticity — similar to an autographed baseball card.

“Charlie Bit My Finger” is the latest in a long list of iconic memes sold as NFTs in what has been dubbed a “meme gold rush.”

And as incentive to get people to bid on an NFT of the clip already viewed hundreds of millions of times, the Davis-Carr family announced that they will be pulling the beloved video off of the Google-owned video-sharing site some time following the auction. The family launched the auction on Saturday, which marked the 14th anniversary of the video being uploaded to YouTube.

“Bid to own the soon-to-be-deleted YouTube phenomenon, Charlie Bit My Finger, leaving you as the sole owner of this lovable piece of internet history (while also getting the chance to say Charlie bit your finger, if you want to see what all the hype is about),” reads the auction website.

On Sunday, a bidder under the name “3fmusic” scored the NFT for $760,999 following a fierce bidding war. What’s more, the winner will get to film a new version of “Charlie Bit Me” with the brothers, who are now 17 and 15 years old.

Harry, now 17, told Insider that Origin Protocol, a digital marketplace for NFTs, offered the family a “personalized auction” to sell an NFT of their famous home movie. They decided to bite because they “wanted to commit to the whole evolving ethos of NFT,” Harry told the site, and “give it new life.”

They’re the latest family reclaiming their internet-famous images through NFT auctions. The now-grown kid in the “David After Dentist” video recently made more than $13,500 selling an NFT of his 2009 YouTube video, which featured 7-year-old him acting a little loopy from anesthesia following a tooth extraction.

Former “Disaster Girl” Zoe Roth, who was 4 when her father took the viral photo of her smiling slyly into the camera as a house burns down behind her, sold an NFT of her meme for almost half a million dollars last month.

“Being able to sell it just shows us that we do have some sort of control, some sort of agency in the whole process,” Roth, now 21, told the Raleigh News & Observer. Plus, she and her dad hired a lawyer and a manager to help them handle the logistics of uploading the file and “minting” the NFT — which means they’ve also coded it so that anytime the NFT is bought they receive 10% of the sale.

Chris Torres, who created the Nyan Cat GIF of a flying cat leaving a rainbow trail behind it, recently sold an NFT version of his art piece for almost $600,000.

Some other recent headline-making NFT transactions include Twitter CEO Jack Dorsey’s first tweet selling for $2.9 million; Kings of Leon releasing an NFT-only album for more than $2 million; and a 10-second digital collage that took 13 years to make selling for $69 million at auction. WEL – The Universal Key For All Services Of The IDshare Ecosystem 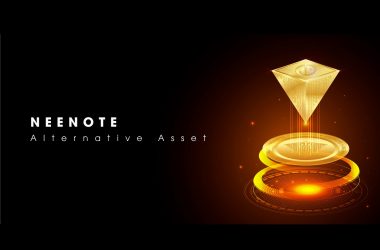 Warner Bros., in the biggest drop of NFTs (non-fungible tokens) for a film to date, is releasing a… China to hand out $6.2 million in digital currency to Beijing residents as part of trial

GUANGZHOU, China — China will hand out 40 million renminbi ($6.2 million) of its digital currency to citizens…